The global Covid-19 pandemic is an unprecedented shock hopefully many of us will not be alive to see another as disruptive and pervasive as this one. A health crisis that shut down the entire global economic and trading ecosystem for close to a year; a health crisis that has and continues to reconstitute human beings natural social conditioning; a health crisis that has demonstrated political rhetoric does exactly what it says on the tin ‘listen to my words but don’t see my actions’; and a health crisis that brazenly exposed the insatiable appetite for profit, inequality, and power. Indeed, the global pandemic, 18 months later, is proving that walking and chewing gum is a sticky situation for those who believe in the orthodoxy. This blog is a follow-up to a piece I wrote slightly over a year ago that focussed on the Kenya, and with the benefit of hindsight these reflections do ring true for several corners of the continent. As we begin to consider a world post pandemic, I present my 4Rs of Covid-19 of ‘Reflect’; ‘Repair’; ‘Reboot’; and ‘Revolutionise’ as we aim to build forward together. 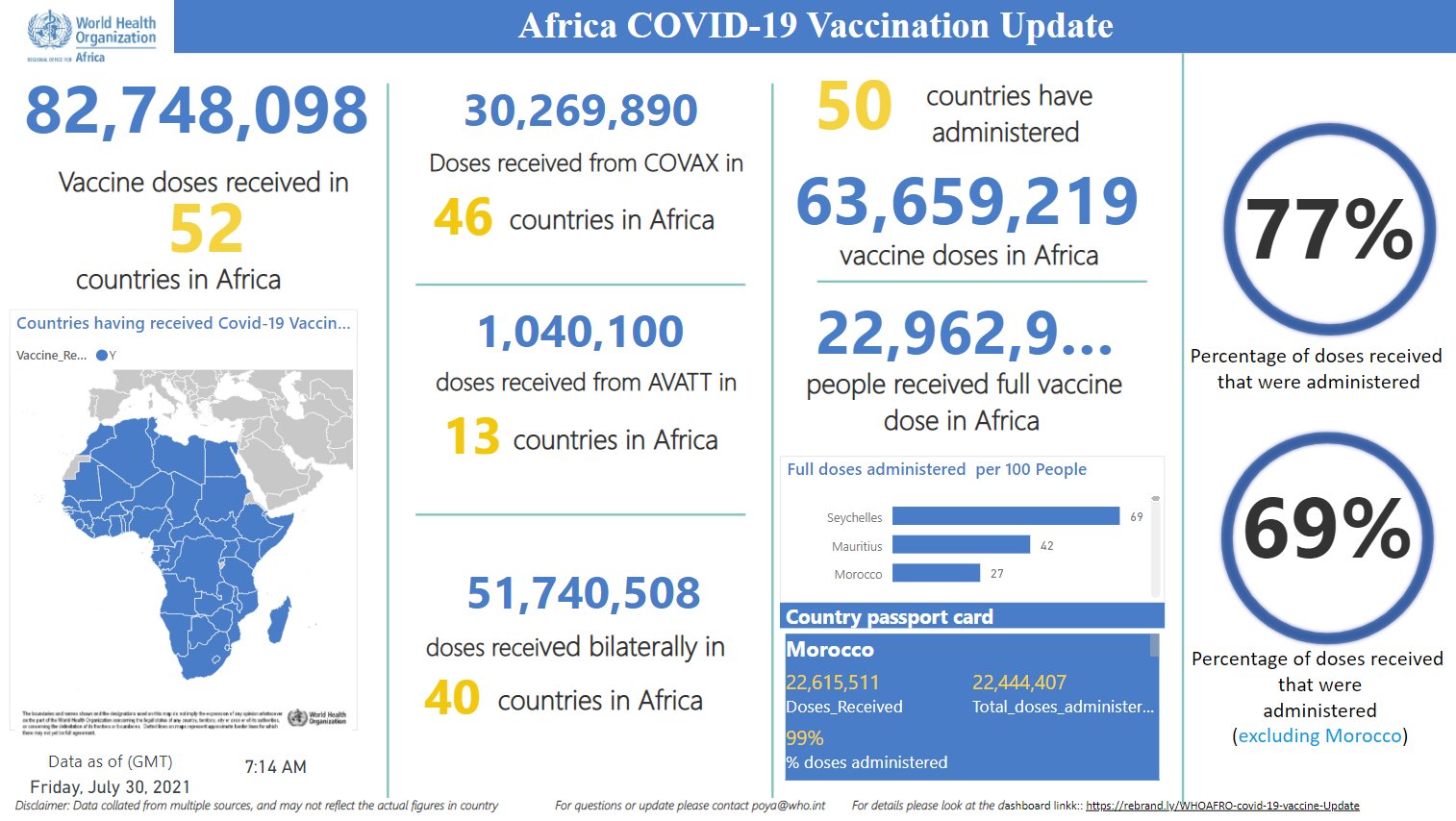 It is often in times of crisis that we have an opportunity to take a step back and reflect of the sources and impacts of these crises. Slightly over two decades ago, an unsustainable debt accumulation had saddled many African countries and developing countries with a crippling debt burden. And the reflection at that time generally concluded there was need for (i) debt cancellation in the form of HIPC/MDRI; (ii) enhanced rules and regulations pertaining to debtor-creditor interactions such as a sovereign debt restructuring mechanisms (SDRM); and (iii) enhance transparency, accountability, and governance of debt contraction, utilisation, servicing, and returns. A decade ago, the global financial crisis (GFC) reflection centred on the ‘too big to fail narrative’ that placed at the heart of the recovery protecting the very broken financial architecture that caused the GFC; and set in motion activism to disrupt the orthodoxy and increase the TAG of multinational companies who perpetuate global financial uncertainty. Today, a health crisis has led to a multifaceted crisis that spans economic, social, and political. And the reflection hitherto has been on the perpetual nature of crisis; odd priorities between vaccine shortages and space race; profit before people where the rule breakers and benders, rake millions of dollars; and where the ‘we are in it together’ narrative reinforces big brother dominance to preserve the few at the expense of the many.

Figure 2: “Are we really in this together?”– Global vaccination coverage[2]

The image above tells us in very clear terms the kind of reflection is needed as we begin to think about a post pandemic world. As Africa gets left behind on the global vaccination front, the impact of the crisis will be deeper, our recovery slower, and of course, the perpetual dependency on a rigged system cemented. Our reflection should be one that seeks to overturn the current system and replace it with one where Africa is the rule maker and not rule taker.

It is not difficult to imagine Africa the rule maker and not the rule taker. But to realise this, there is a crucial need to repair a few things that are very wrong with the ecosystem within which the rules of the game are made. There is something perversely wrong and amiss when in an ecosystem of several agents and stakeholders, the rules that govern this ecosystem are designed and enforced by a less than two handfuls of agents. This power imbalance needs to be repaired because it is founded on inequality, wealth accumulation, extractivism, and degradation of social and environmental rights. The current economic, political, and social architecture is not fit for purpose. Take Africa for example, source of a majority of the world’s raw materials in agriculture[3], horticulture[4], industry[5], jewellery[6], technology[7], and many more. This is just the tip of the iceberg, if we were to move away from raw materials and look at financial resources, for instance. Debt servicing from Africa now accounts for more than government allocation to health, education, and other social sectors resulting in a worsening of already deep inequality on the continent. Topping this off, is the wider issue of a fractured global economic, social, and political order that allows annually Africa loses about US$88.6 billion in illicit capital flight every year. It is rather difficult to see how ‘we are all in this together’! And the irony that Africa as a net creditor to rest of the world has to conform to rules, regulations, and norms set by those outside of the continent, speaks loudly that we need to repair this state of affairs.

The covid-19 global pandemic is a rebooting moment for the economic and social justice movement globally and more specifically in Africa. The soft underbelly of globalisation has yet again been exposed to be cancerous with greed, extractivism, discrimination, neo-colonialism, and patriarchy. All these combined are make for a potent cocktail of discontent amongst the masses who are the mercy of the few in all facets of survival. To reboot the existing architecture, the soft underbelly of globalisation needs to be reformed to work for all countries whether developed or developing. The neo-liberal narrative that dominates the development discourse needs to be checked; and the colonial and patriarchal structures of power and decision making be dismantled and replaced with alternatives[8] that proffer feminist opinions, Pan-African aspirations, and Voices of the masses. Rebooting also means resetting the rules of the game. For many of us, the United Nations is the intended referee of how countries play nice or bad with each other. A referee that allows each state its sovereign right to speak without fear of contradiction. More recently this global referee has sometimes found itself supporting the ‘establishment’ and dancing to the tune to those who pay the most. This state of affairs needs a thorough rebooting. The United Nations is the only multilateral space where power can equalise and therefore efforts to bring this back to how it was intended to be must never be abandoned especially for African countries[9].

“Building back better” is synonymous with the hollow political rhetoric that has been spoken since the Covid19 was declared a global pandemic. Since the global pandemic was announced we have seen increasing discrepancy global policy instruments used to protect countries, their economies and people from the vagaries of the Covid-19 induced economic and social crisis especially in developing countries. For example, countries like the US, UK, and members of the EU have had the policy space to enact billions of dollars of stimulus packages to cover businesses and offer social protection buffers for their citizens. Contrast this with African countries and emerging markets who have had to contend with imposed rules that reduce policy space to have equivalent fiscal stimulus packages. The net result has been borrowing from the international financial institutions with more conditions, and deepening their indebtedness. Similarly, when the vaccines finally arrived, there was hope the world would see it fit to release them widely in order to get the world moving again. No sooner had the first vaccines been approved for mass roll out did the bulk purchasing begin amongst the very nations that trumpeted ‘we are all in this together’! Calls for global solidarity have been matched only with very little global solidarity instead the emergence of vaccine nationalism and inequality that undermines universal access to vaccination doses that would accelerate the reopening of the global economy[10].

More recently, the Covax facility providing vaccines to African countries was informed that those vaccinated through the facility would still face travel restrictions to places like the EU.

And so, to conclude, it is therefore not surprising the fourth ‘R’ is the call to revolutionise the recovery post pandemic in way the centralises people over profits at the most basic level. To revolutionise the power imbalances between countries, the patriarchy, creditor-debtor, citizen-state. And to some extent this revolution has begun to take incremental steps in Africa. We have had the High-Level Panel on Illicit financial flows (IFFs) as the first globally recognised panel of eminent African leaders telling the world about the plague of IFFs on Africa; We have more recently seen larger African countries like Kenya and Nigeria reject the imposition the G7 Tax proposals; and furthermore, we have also seen a similar chorus of voices calling for a more inclusive debt resolution mechanism that brings all creditors to the table.

Africa the rule maker requires a concerted effort to revolutionise the recovery and ensure we are working to build forward together and not building back better where inequality remains; building back where developing countries remain voiceless in global policy development; building back to entrench neoliberal and neo-colonial power structures that perpetuate dependency, poverty, and the profiteering from the crisis.

[3] Yes! The coffee or tea you are drinking as you read this blog probably originated from an African country; the decadent chocolate whose cocoa is also from Africa

[4] The valentine's and Mother's Day flowers ... yes ... probably from Africa

[6] Yep! The sparkles that lace your appearance do come from Africa too!

[7] Not to sound like a broken record, but you know the high megapixel phone for awesome IG posts ... also built with stuff found beneath the earth of Africa!

[10] Canda, the UK and Chile have ordered the highest number of vaccine doses relative to their populations, according to Guardian analysis of the latest available data. Each of these countries has procured enough supplies to give each person at least four doses. By contrast, the African Union and Latin American countries - with the exception of Brazil - have confirmed orders amounting to one jab each for less than half their people. Some vaccines require two doses to achieve maximum efficacy.