This event is a part of Columbia Academy on Law in Global Affairs (CALGA), a series of online open-access events, in which Columbia Law School faculty present their research and debate current issues with colleagues from around the globe.

In association with the Southern African Public Law Journal (SAPL), the Public Law Corner (PLC) is a contemporary space for legal practitioners, students, academics, and people beyond the legal sector to engage with relevant and current legal issues related to public law. Our main aim is to amplify all voices and issues in public law that are often excluded from formal publications.

The Centre for Human Rights, University of Pretoria, is inviting applications for a new Director

The University of Pretoria wishes to invite applications for the following vacancy at the Centre for Human Rights (an academic department and a non-governmental organisation at the University).

This multidisciplinary conference explores these and various other disparate practices with a view to developing a systematic understanding of the ways in which African actors seek to shape, challenge, and advance the knowledge, rules, and practice on sanctions. This involves uncovering and situating African perspectives, concerns and practices within, and vis-à-vis, the broader debate on sanctions in global governance.

The book is a robust piece of work that covers assessment of different subject matters in the East African Court of Justice (EACJ), the African Court of Human and People’s Rights, the defunct Southern African Development Community Tribunal, and the ECOWAS Community Court of Justice (the ECCJ). However, this review will centre on the chapters which focus on the ECCJ. This is not in any way a dismissal of chapters dedicated to other courts, it is simply in a bid to streamline this review and also a reflection of the specific research interest of the writer i.e. the quality of the ECCJ. 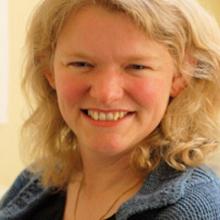 To mark the 2021 International Women’s Day themed #Choose to Challenge, Afronomicslaw.org celebrates Professor Abbe Brown’s brilliant contributions to Intellectual Property Law. Professor Brown is the Dean for Student Support at the University of Aberdeen, Vice Chair of BILETA (British and Irish Law Education and Technology Association) and Member of a high-level expert working group on genome editing and patents.

Conventional approaches view researchers as detached observers who can objectively analyse and explain the world, and policymakers as mobilising evidence to inform decisions. This paradigm can translate into institutionalised arrangements for linking research to policy. The UNCITRAL Working Group and the Academic Forum on ISDS provide one example, whereby scholars supply legal and empirical analysis for the Working Group’s deliberations.

The current century's threat to communities, including climate change and vast and deepening inequalities, may be aggravated by the Agreement. By limiting the power of governments to govern in the interests of the community and the environment, and bolstering a regulatory framework intended to advance the interest of multi-national corporations and only the wealthiest people, trade and investment agreements deepen issues of human rights. The RCEP may, as a consequence, advertently exclude marginalised groups, including women, indigenous peoples, migrants and essentially those without any capital or political power.